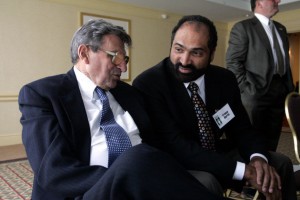 Franco Harris’s “After Further Review” program will hit the road next weekend in advance of the NCAA’s annual convention in San Diego, California. I’m honored to be invited to participate.

The event is free and open to the public.

I’ll be speaking about my  20-month battle for information related to the Sandusky scandal via Pennsylvania’s open records law. I’ll also recap what I’ve found so far and where the Penn State Sunshine Fund will focus its efforts over the next few months.

A lineup of heavy hitters is also expected to participate, including:

John U. Bacon
College journalism instructor
Author of Fourth and Long, the Fight for the Soul of College Football

If you live in the area, please join us for a fantastic discussion about integrity, transparency, sports journalism, and our fight for a greater understanding of the Sandusky scandal.