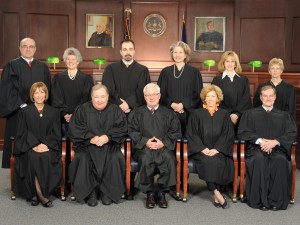 Records received by the secretary of education in his capacity as a trustee of Pennsylvania’s state-related universities must be disclosed under Pennsylvania’s Right-to-Know Law, an appellate court ruled today.

In a 6-1 decision released only 30 days after the case was argued before the Commonwealth Court, judges ruled that the secretary represents state taxpayers when acting as a member of Penn State’s governing board, and records of his service are public unless other exemptions apply.

The case involved a request from Ryan Bagwell, a Penn State alumnus who sought records sent to former secretary of education Ron Tomalis from individuals at Penn State. The education department provided some records, but withheld others. On appeal, it argued that none of the records are public because Penn State is not an agency under the RTKL.

But the Commonwealth Court disagreed, saying the records are in the possession of the Department of Education and describe activities of a state agency – the education secretary’s representation of his department.

“The records were received by the Secretary pursuant to the Department’s role of supporting and influencing education at the state-related institution,” wrote Judge Robert Simpson for the majority.

The case will also affect  Pennsylvania’s three other state-related universities, who, like Penn State, are required by law to appoint the governor and secretary of education to their governing boards.

The court ordered the Office of Open Records to consider whether other exemptions may apply to the requested records. It can’t be appealed to the Supreme Court.