Court says e-mails with Freeh may be withheld 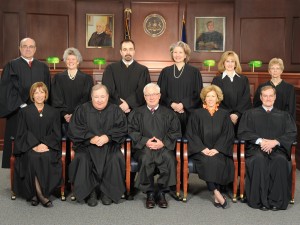 The Commonwealth Court today ruled that Penn State’s communications with Louis J. Freeh may be withheld due to the attorney-client and attorney-work product privileges.

In a unanimous opinion, the judges said the work-product privilege isn’t limited to materials prepared in anticipation of litigation, and that we failed to prove Penn State waived the attorney-client privilege by sharing the requested records with third parties.

This was an extremely disappointing decision, considering the statements by two of the judges during oral arguments last month. I’m having trouble reconciling their comments with the majority opinion released today.

You can read the opinion here.

We’re still analyzing the opinion and considering our options. But here are some preliminary observations from this armchair attorney:

The court seems to have abruptly expanded scope of the attorney-work product protection. Previous opinions by Pa. courts (including the supreme court) have suggested the work-product privilege was limited to materials prepared in anticipation of litigation. Today, the Commonwealth Court decided there was no such limitation. This is a major shift that will have far-reaching effects throughout the state, and appears to be inconsistent with the sentiment of the Supreme Court.

The court declined to adopt the idea of “subject matter waiver,” which holds that disclosing a particular piece of information a third party waives the privilege with respect to all other information on the same subject. Several federal appellate courts have adopted this kind of waiver. Pennsylvania has not, and we were asking the court to do so. Instead, the Commonwealth Court, following a Superior Court ruling last year, seems to support the opposite (so-called “selective waiver”).

The court complained that we didn’t provide evidence that any of the requested records were shared with third parties. The problem, which the court acknowledged, is that the RTKL doesn’t provide requesters with the right to obtain such evidence. We tried pretty hard though. During the OOR appeal, I requested an evidentiary hearing, but was rebuffed. We also asked the Commonwealth Court for an opportunity to conduct discovery, which the court declined. It’s unfortunate that the requester in a RTKL bears the burden of proving that waiver occurred, but lacks a viable mechanism for meeting that burden. It essentially allows agencies to make cursory claims of privilege that cannot be challenged.