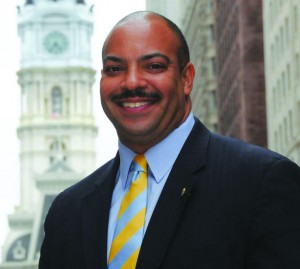 I never thought it would be so hard to figure out if Seth Williams’s office has the records we asked for. Even with the threat of depositions and subpoenas, we still don’t have a clear understanding of where the lies stop and the truth begins.

Recall that the Office of Open Records ordered Williams’s office to release correspondence between Barry Feudale, Louis Freeh and Frank Fina. After originally claiming the records weren’t subject to the open records law, the DA’s office changed its story and said it didn’t have any records in the first place.

So we sought to sort out fact from fiction by asking a court to order the release of the records. That was eight months ago, and we’re still not close to the truth.

In April we filed our first discovery request, and finally got an answer in June. They barely answered any of our questions, but in litigation, that’s not unusual.

After notifying the other side that we intended to file a motion to compel the answers, the DA’s office offered us some other nuggets to chew on. In the supplemental response to our questions, we learned that in August last year, the DA’s office, along with the City of Philadelphia, migrated e-mail systems from Lotus Notes to Microsoft Exchange. We also learned some more specifics about the purported search. Fina, they say, searched his inbox, his sent mail and deleted items folders. After the migration to Outlook, he looked again, but came up empty.

The DA’s story might sound convincing. But in context, it raises more questions than it answers, and truly makes one question the competency of the entire office.

We still don’t know exactly when the purported search for the records took place, but we know it happened sometime before Aug. 31, 2013. Considering that the DA responded to the request for records on August 23, 2013, it’s likely that the search happened before the DA issued its final response – if the search happened at all.

So if you believe the DA’s story, this is what happened: Frank Fina diligently searched his email, but came up empty. Instead of saying that, however, the DA’s office chose to argue the records exist, but weren’t subject to the RTKL at all.

Which argument would you say is stronger?

It gets worse. Not only did the DA’s office neglect to mention the results of Fina’s first search, but it also forgot to mention the results of its second search for 38 more days. Instead, it chose to file three legal briefs to support its argument that the records weren’t subject to the RTKL. Finally, in a single, fleeting sentence buried at the end of its final brief, it claimed that it didn’t have any records.

Is anybody really supposed to believe that Fina searched twice for the requested records, came up empty, but nobody decided to mention it?

Despite the ridiculous story, we need some more answers before we start with depositions. We want to know if the DA’s office has any e-mail backups available. We also want copies of any e-mail backup and retention policies. Those are easy to provide, but the DA has so far been loathe to cooperate.

A hearing on our motion to compel is scheduled for August 28. Then, we’ll continue to seek the truth.

The longer this goes on, the more expensive and embarrassing it will be for Seth Williams and his office. He can put an end to it any time he wants.