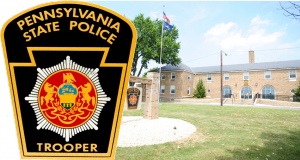 Apparently, following simple directions isn’t as easy as it seems.

After the Pennsylvania State Police was ordered to turn over correspondence with Louis J. Freeh last month, officials say they’ve lost one letter and can’t search for e-mails without knowing what they say.

The letter was sent to state Police Commissioner Frank Noonan shortly after Penn State hired Freeh, and passed on to investigators in another department. Addressed to the state Attorney General and carbon copied to Noonan, its receipt was logged on Jan. 13, 2012 and assigned number 41482.

But after it made its way to the Bureau of Criminal Investigation, the letter disappeared, according to PSP Right-to-Know Officer William A. Rozier.

“A search for this correspondence was conducted by BCI but the correspondence could not be located,”  Rozier wrote in a letter last week. “The search consisted of checking with individuals who were involved in the Sandusky investigation.”

The letter was one of several documents police were ordered to release in response to my March 25 Right-to-Know Law request. Officials originally said the request for correspondence with Freeh, Omar McNeil, Tom Cloud and Greg Paw wasn’t sufficiently specific. But the Office of Open Records found otherwise, and ordered police to release the records by July 31.

Rozier also said that police couldn’t look for e-mails from those individuals with knowing more information about what the e-mails contain.

His agency contacted the state Office of Administration, which manages the PSP’s e-mail service. The OA tried to look through its e-mail logs, but said it needs to know the e-mail’s recipient and the subject line.

At best, Rozier’s response is a heaping pile of excuses. At worst, somebody is telling lies.

I responded to Rozier’s letter by pointing out that his agency is required to get a copy of the letter if it is no longer in his agency’s possession. Additionally, documentation for Microsoft Exchange Server 2007 debunks the claim that you need the recipient’s name and e-mail subject  to search through e-mail logs.

I also pointed out that conducting a search of e-mail logs is not the same as searching through actual e-mails. And in the event his staffers are confused, I provided the exact commands a system administrator can use to extract the requested e-mails from the server.

I gave Rozier’s agency 14 more days to retrieve the requested e-mails and get the missing letter from either the AG’s office or Freeh. Unfortunately, the OOR’s order is only enforceable by a court. If his agency continues to play games, my only option is to ask the Commonwealth Court to order the PSP to comply.

For a variety of reasons, that’s likely not something I can do myself, which means shelling out more money so lawyers can do it on my behalf. I’m not looking forward to another trip to the courtroom.

But with the law clearly on my side, count on a continued battle to obtain the records they were ordered to release.

Whether that happens in front of a judge or not is up to them.