Quick Q&A: how can trustees mend fences with alumni? 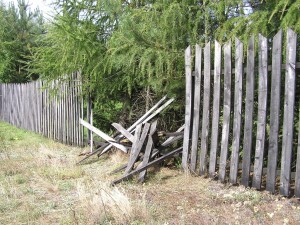 As a participant of many PSU “groups”, I have noticed many alumni saying that they are withholding donations to the university. I am a parent of a current senior who has benefited greatly from scholarship funds and is very appreciative to the donors who have made her education at PSU a possibility. My concern for incoming students is that these funds will not be so readily available. What steps do you think need to be taken by the board to “mend fences” with the alumni base?

Hi Shari, fantastic question. First, congrats to you and your daughter for her impending graduation. It’s always awesome to welcome another Penn Stater into the family.

Second, capping or lowering tuition has to become a priority for the board, since Penn State has become far too expensive for many middle class families to afford. I’d like to see us grow our endowment substantially over the next 10 – 20 years with the goal of reducing tuition by 50%. It’s quite an endeavor, but with the right leadership in place, it’s an attainable goal that will position Penn State as model for how state schools should operate.

Now, to your question:

Penn Staters face quite a dilemma these days. It’s tough to support an institution whose leaders have shrugged off every call for reform, no matter how much reverence we have for it. I’m reluctantly going to make my annual Nittany Lion Club donation this week, but it feels like I’m betraying my core values.

I don’t know if it’s possible for the current board to mend fences at this point. But a good place to start would be to release all emails and other records that shed light on how board members and administrators handled the NCAA sanctions and dealt with Freeh’s investigation.

As you may know, access to public records is an issue that’s dear to my heart, and I’ve been fighting to obtain records that would reveal how the Secretary of Education participated in the oversight of Freeh and his investigators. I’ve even taken the difficult but necessary step of hiring an attorney to pursue an appeal in Commonwealth court on my behalf. Opening Penn State’s records to public scrutiny is the single most important thing the board can do to begin restoring faith in its leadership. Without that, questions and mistrust will persist in perpetuity.

I’ve proposed other ideas that would also help. You can read about them here.

In the near term, I don’t think we have to worry about dwindling financial aid. Those funds come from the endowment, which can’t be used for operating expenses. But if we don’t take steps to make Penn State more affordable, boosting scholarship contributions will be critical to the university’s future. Hopefully our trustees will follow through with some of the calls for reform and begin the healing process soon.

Let me know if you have any more questions. Thanks!